Born in Olot in 1968, she studied in Girona, Barcelona and Berlin before settling in San Francisco in 1992. We talk over Zoom, and I see she still speaks Catalan with a Garrotxa accent. Anna Navarro Descals, professionally known as Anna N. Schlegel, is the vice president of the leading data storage company NetApp. At the end of last year she was named one of the most influential women in technology by the prestigious US magazine, Analytics Insight.

What does this recognition mean to you?
I’m very happy about it, but it also makes me think about how I got here. Also about how to explain it to the young women who want to enter the world of technology. Everyone gets into it in different ways. A lot of people ask me how I got where I am. It seems to me it all starts when we’re little, based on what we’re like and what values have been instilled into us.
Do you feel you are now a model for other women in a world as competitive and masculine as that of technology?
It’s been that way for years. I get messages every day from women and schools asking for advice. I talk to many people, especially about our company, and to colleagues so that there can be many more “Annas”.
Women are now becoming more empowered on many levels. Is this also true in Silicon Valley?
There are women in Silicon Valley companies, but at the top levels there’s a very low percentage. At best we are talking about 1% or 2%. Great efforts are being made by companies like Microsoft, Google and Facebook, but it depends on the company. You have to look at the type of business. There might be a lot of women working there but that’s because they are lawyers or marketing or media professionals. But there are few in the world of engineering. As for rising to certain levels, I can tell you that NetApp has just elected its second female vice president. But it’s hard to find them because they aren’t chosen because they’re women but because they are the right people. And that makes it difficult.
You are in a top position in a very competitive world. As a woman not born in America, has it been harder or easier for you?
When I arrived it was relatively easy to start a business. Now, climbing the ladder is very hard, and harder still if it means getting ahead of Americans and important people. It means existing in a very powerful environment. The opportunity is there, but you have to work non-stop. It’s not easy. I’m 52 and I’ve been in technology for 30 years, but you have to train continuously, and you have to know how to take criticism, you must learn from it and know how to be diplomatic.
What does it take to make it to the top?
I am valued for what I see coming in the future. Companies like Amazon, Microsoft, and Google want workers, professionals who know how to find what will be needed in two, three, four, or five years.
What will happen in the post-Covid world? What do you see changing?
Many things will be done online or at home. It’ll be a digital world. Everything will be done by phone and also by television. The TV set will be like your phone. And you won’t go to the office every day and teleworking will prevail. Here in California, there is also a very serious problem with the environment and there are a lot of wildfires every year. A lot of people are leaving and going to Texas, Seattle, Washington, to the east coast. There’s an exodus.
Has Covid-19 helped technology firms? During lockdown, the use of new technology skyrocketed.
Profits are much the same. Our clients are the chief engineers who run servers and data structures of multinationals, governments and universities. With the digital revolution we will be unstoppable and this will happen when we stop working in person and do everything online. Data is no longer stored on servers; everything is in the cloud and NetApp is one of the leading companies in this field. We work closely with Google, Microsoft and Amazon, which are the top three companies. NetApp provides them with secure data that gets to you super fast..
The cloud is where it’s at.
Yes. If you change your phone and go to Apple, they’ll transfer all your data. This data is stored on systems of companies like NetApp. And on your mobile, you have ever more data.
You were one of the first to globalise products and brands.
I was one of the first to globalise in Silicon but not the first because there were already people who had globalised Yahoo! The first thing I did was start a business in 1992. One of my clients was Levi’s, who started in China 30 years ago. They wanted to know what to do, and there was no internet then. What we have studied a lot is how to work in different cultures. You have to sell products in Korea, Singapore and Morocco, and it’s very different every time.
Have the values of the East and the West changed in the 30 years?
The engineering is pretty similar. In the visual part there are differences. The way a product is presented in Saudi Arabia is different from how it’s presented in Catalonia.
Will you retire to S’Agaró?
I’d love to end up in s’Agaró, but we’re now working on things that help a lot of people in the world and it’s not the time to quit.

On Twitter, Anna Navarro Descals is known as @annapapallona. ’Papallona’ is the Catalan word for ’butterfly’ and so I ask her if it has a special meaning. “I love butterflies, they fly high, they see what’s going on, they move smoothly, and they’re always in gardens enjoying themselves. They are free. And they cause a lot of change,” she says. “Do you know what the butterfly effect is?” she asks me. The “butterfly effect” has its origins in chaos theory. It is the idea that the beating of a butterfly’s wings in one part of the world can cause a hurricane in another part of the world. The bottom line is that small actions, or any slight variation, can lead to big changes and have a big impact. We first interviewed Anna N. Schlegel two years ago, when she received the Think Global Forum Award for her outreach and entrepreneurial work in the field of globalisation. Before working for NetApp, she worked for Cisco Systems, and she had previously made her way to the United States with a translation company. 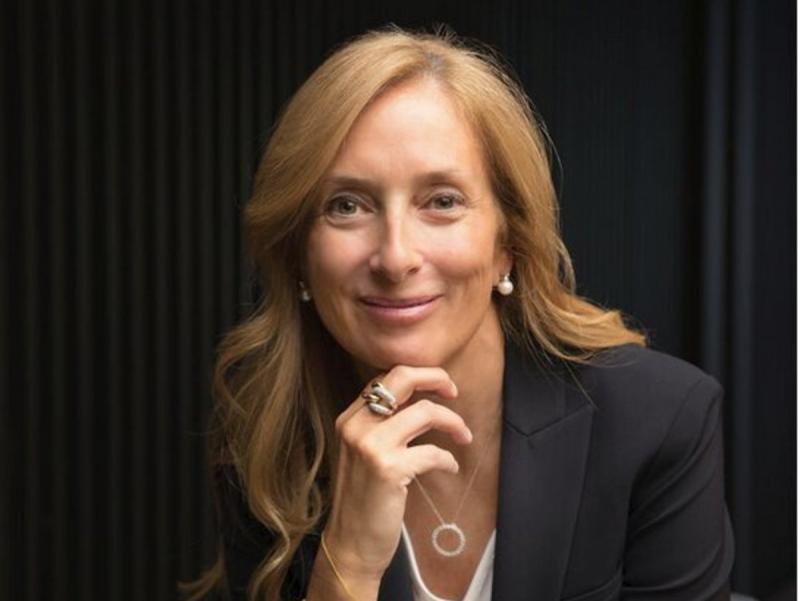 The land of opportunity