The sea, that immense water mass that attracts us so much in summer, hides beneath its surface not only a wealth of different forms of life, but also memories of the past. It is estimated that there are more than 800 underwater sites along the Catalan coast, some of great archaeological interest, which allow us to get to learn more about our local history. Underwater archeology is as complex as it is rewarding, since materials are preserved underwater that would disappear from the earth’s surface. Wrecks, which is the term used for sunken ships, are a good window into the past. Although looking for remains in the sea is like looking for a needle in a haystack, there have been some exceptional finds in the three decades that the Centre for Underwater Archeology – which belongs to the Museum of Archeology of Catalonia – has been in operation.

Named Cap de Vol after the area where it sank, this ship was looted in the 1960s by divers who took away or damaged almost all the amphorae it contained – some 400. Only two were saved, thanks to which archaeologists have been able to reconstruct part of the ship’s history. It is known to have been transporting wine from Badalona to Narbonne, where the cargo was most likely to be redistributed. The wooden remains that have been investigated in recent years have led us to deduce that it was not a Roman ship, as first thought, but an Iberian one. It was about 15 metres in length and was carrying around 8,800 litres of wine. The total weight of the cargo, counting the weight of the amphorae, was 15.6 tonnes. When it sank 2,000 years ago, the Catalan coast was quite different from today, with more marshes, wetlands and inland lagoons. The Cap de Vol was adapted to navigate this type of water, as its keel was quite flat, unlike Roman ships, suggesting it was built by the native population. Among the pieces recovered are an Iberian bronze coin. At that time, when a ship was built, a coin was placed between the wood as an offering to the gods to request protection for the sailors onboard.

VESSEL FROM THE 1st CENTURY BC. BAIX EMPORDÀ

Several sunken ships can be found around the Formigues Islands, between Palamós and Palafrugell. The story of the wreck named Formigues Islands I is a curious one. It was discovered in 1958 and excavated between 1959 and 1960, when it was known as El Pecio de Palamós. At the beginning of the eighties, it was re-studied and some 30 amphorae were extracted, which are now in the Maritime Museum of Barcelona. But the coordinates of its exact location were wrongly noted down, and the ship disappeared again for four decades as a result. Last year, however, CASC members decided to inspect the area, since storm Gloria had shaken the seabed at the beginning of the year. They were lucky, the displaced sand had left part of the hull exposed and they were able to rediscover the ship at a depth of around 40 metres. One amphora was found – the ship also carried wine – and it was older than the Cap de Vol, which indicates that the ship is also earlier and could be the oldest dedicated to the wine trade to be discovered on the Catalan coast. The excavation of the site has led to the recovery of wooden elements – which will give clues about the ship’s construction system – as well as a ceramic jug that belonged to the crew.

The 16 islets of the Formigues Islands have witnessed several shipwrecks over time. Some are documented, such as the Algiers steamer, which collided with reefs in 1899 due to bad weather on its way to Marseilles from Alicante. Luckily, the three crew and 23 passengers were rescued by local fishermen and there were no casualties. Other accidents are much more recent, such as a fishing boat that crashed into rocks in 2014, even though the area is marked with a beacon. Fortunately, the crew were also rescued safe and sound on this occasion. It is not surprising, then, that it is a place of special interest to underwater archaeologists. The wreck called Formigues Islands II is between 45 and 47 metres deep. It is a Roman ship that sank in the late first century BC when, according to all indications, it was carrying amphorae from Andalusia to Narbonne, an important port at that time. The amphorae would have contained salt, fish sauces and perhaps the famous garum, a sauce made with fish viscera that was used for seasoning and which the Romans considered a delicacy. This wreck is still being excavated – a difficult task because archaeologists have to undergo very long decompressions due to the great depths involved. It is one of the best-preserved Roman ships on the Catalan coast in terms of both structure and content. In fact, some of the amphorae still retain their lids, and remains of fish and olive stones have been found inside.

Discovered more than 120 years ago by Port de la Selva underwater archeology expert Romuald Alfaràs, this sunken ship was the first underwater site to be investigated on the Catalan coast. In 1894, Alfaràs hired a group of divers who, equipped in the diving suits of the time, descended to a depth of 30 metres to recover more than 60 amphorae from the ship.

Ten years ago, members of the CASC relocated the remains of the ship, which has been excavated twice and then re-covered with sand to prevent it from being looted. The data obtained have allowed it to be recreated in three dimensions. The ship was small, nine to ten metres long, and sank after colliding with reefs. There were apparently only two crew members on board, as indicated by the remains of everyday objects – plates and pots – that were found. It is estimated that the ship, which like the Cap de Vol was built with a different construction technique than Roman boats and is flatter, was carrying between 150 and 200 amphorae of wine from the Baix Llobregat area. It was probably meant to make short journeys of three or four days, but had the misfortune of running onto some reefs and sinking.

The Thetis is the ship that members of the Centre for Underwater Archaeology of Catalonia use as a platform, excavating different sites of interest during the summer months, when conditions for diving are more favourable. That is when they are working on the remains of ships or port constructions off the Catalan coast, because they are also involved in excavating the Neolithic site of La Draga, part of which is under the waters of Lake Banyoles. In general, underwater excavations follow the same scientific methodology as terrestrial ones, with the added challenges of diving equipment and environmental conditions. What makes them different is the process of preserving and treating the recovered material, which has special characteristics. Underwater archeology must also take into account the possibility of looting, which is why the exact location of sites is never published: they are often re-covered with sand once excavated. 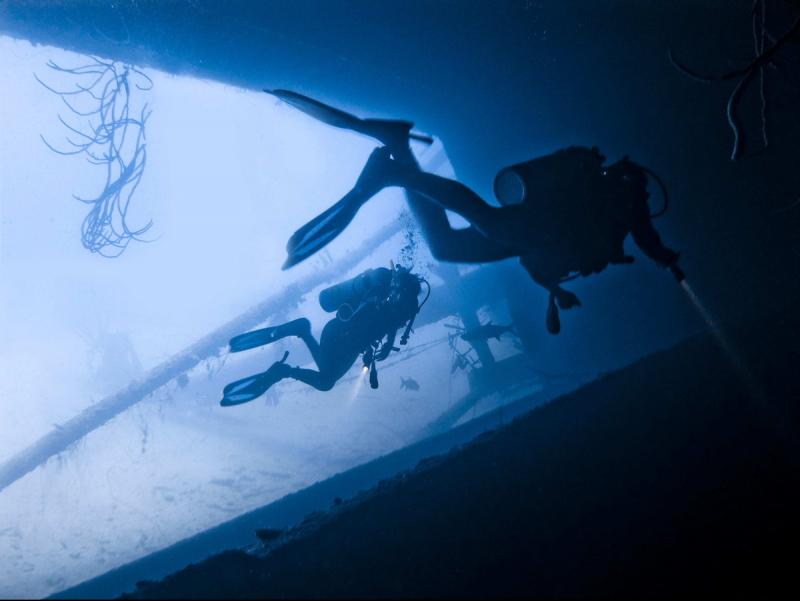 Among the remains of a shipwreck